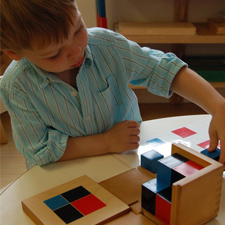 There are thousands of Montessori schools in the U.S. alone. That pretty much speaks to the popularity of this type of approach for preschool education.

But as stand-out as these schools are, many people may not know where and how this brand of education came to be. Who invented it? What are the benefits of attending one?

Here, we have the answers to the roots of Montessori schools and their benefits to students who once attended or are attending these schools.

Montessori: The Story behind It

The famous Montessori approach to education where kids learn at their own pace with the guidance of their teachers and fellow students was eponymously named after its founder, Dr. Maria Montessori.

Dr. Montessori herself was a witness to how hard it was to get an education. She lived in an era where women who dreamt of obtaining a degree, let alone a diploma in Medicine which she had, were frowned upon.

It was, however, her work with children with learning disabilities that opened the doors for her to look into the dynamics of child education. In particular, she opened a traditional school in Italy where children from low-income families attended. While she didn’t teach, she observed their behavior, their interaction set against the traditional classroom environment.

From these observations, she came up with activities that would self-motivate the children to learn and teach them about responsibility. This became the basis for the Montessori school of learning where everything is centered on following the child from the learning space, the education materials, and even the roles of the teacher.

Teachers in Dr. Montessori’s school, Casa dei Bambini, were deemed as guides, not as schoolmasters who ruled over the students. The overall Montessori approach gained recognition in Italy and spread to the rest of the world.

The Benefits of Attending Montessori Schools

The Montessori approach remains niche and specialized. Most Montessori schools are owned by families or operated by non-profits.

In a Montessori setting, you won’t find the teacher standing in front of his/her class to deliver a lecture with the students sitting with their notebooks open and ready.

Indeed, these are the positive points of attending a Montessori school:

From here, it’s easy to see why the Montessori Method comes as one of the more innovative and best preschool education models for your child. Contact Kid’s Town Montessori School today for more information!

Kid’s Town Montessori School is centrally located at 867 Sycamore Avenue in Vista, California and is proud to serve the cities of: San Marcos, Escondido, Carlsbad and many more

Now Enrolling. We are open during these difficult times.